On our third day in Florence we toured the Duomo Baptistry and the church as well as it’s underground crypt. Then we hunted and gathered deli meats and cheeses, bread, and wine, and headed to Michelangelo Park for an afternoon listening to music and enjoying the view until the sun went down. Yes, that afternoon was just a lovely as it sounds, especially when you consider 6 adults probably drank 3 bottles of wine and 4, perhaps 5 bottles of prosecco.

The Duomo was interesting. The Baptistry was stunning and ornate. The exterior of the Duomo is imposing with all that colored marble. The museum was fascinating, showing the history of the Duomo and the facades that it’s had across the hundreds of years that it’s been standing; it was started in 1200’s and finished in the 1400’s. Which is why it was so confusing that the Duomo itself wasn’t ornately decorated.

The crypt under the Duomo had some of what you might expect, dead people, of some of what you might not, the old sanctuary floor mosaics. When you want to update something in Italy, you just build on top of the old stuff. And that’s apparently exactly what they did with the Duomo. They just built a new floor above the old sanctuary floor, and that was that, new and improved church. This was on the only instance of this happening. Be on the look out for St Clément’s in Rome.

After lots of church time, these heathens when on the hunt for picnic provisions and headed to the park. The weather couldn’t have been nicer to lounge in the sun. We ate drank so many bottles of wine and prosecco, and heard live music. It was a much needed break from walking and absorbing information.

I think I got a great shot of satan chowing down on people, a scene on The Baptistry ceiling. I will leave in suspece for that until tomorrow. 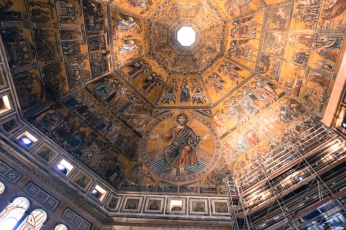 This is the ceiling of the Baptistry. The pictures look unbelievable because the actual space looked unbelievable.

More from The Baptistry.

The amount of gold leaf in this building was hard to process. 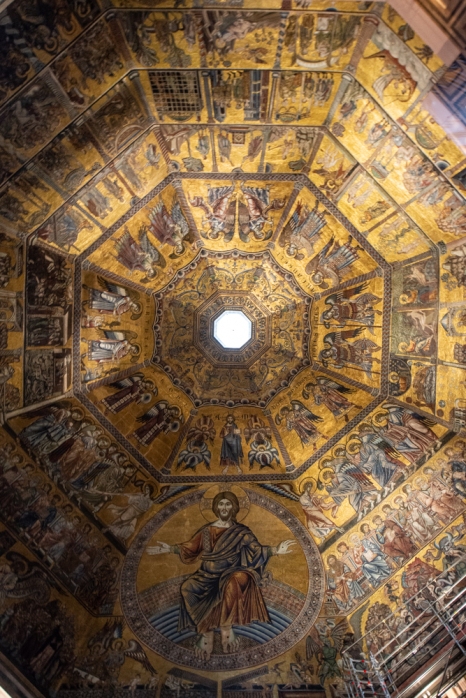 One side satan is chowing down on some people. I should think this terrified illiterate people in 1500

This is the altar in The Baptistry

I think there’s a good picture of satan having a person snack in tomorrows pictures.

This is the floor in The Baptistry

Keep in mind how ornate the Baptistry is in just a few pictures.

Just a reminder, this is what the actual church looks like on the outside. Keep that in mind a few photos from this one.

There was a museum that displated replicas and actual statues from older facades that the church had in the past.

Behind creepy, glassy-eyed Mary are mosaics that were on a previous fascade

More statues from a previous fascade

I didn’t read the words associated with this thing, but if I had to guess it’s probably the ark of the covenant.

So, yeah, this is the inside of the church. Not what you’d expect considering how ornate the outside and The Baptistry are.

This is the steeple just above the altar.

This is the basement. It seems to be common practice in Italy to just build over something when you want an update. Many tour guides referred to Rome as a lasagne. They more you dig the more history you find. The crypts are no exception. These mosaics are the old floor of the church. 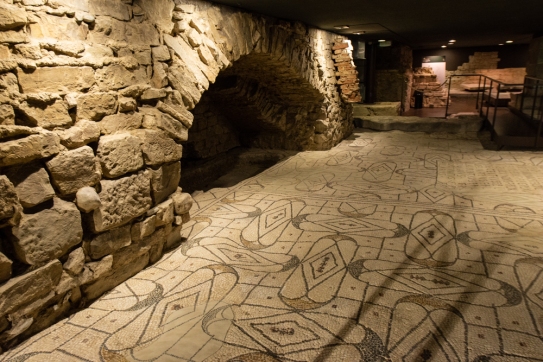 This was the floor of the sancturary of the old church.

Floor of the old Duomo

The mosaics were in shockingly good shape.

But also there were dead people. 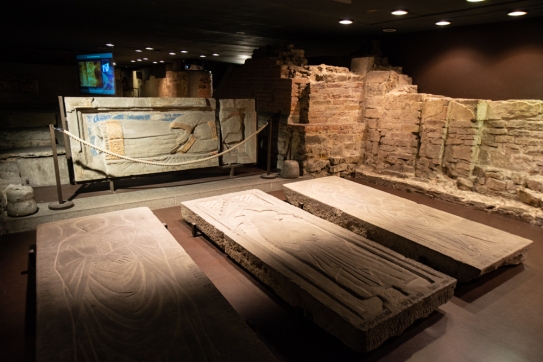 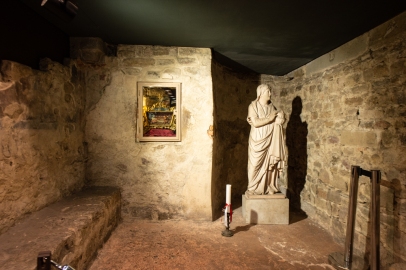 I believe that’s John the Baptist’s finger there. Joking, but it is some saint’s body part.

This were we hunted and gathered our deli meats.

This was the view we enjoyed at Michelangelo Park.

You can see the Duomo in the background of this picture.

We enjoyed some local music until the sun went down.