Welcome to my Midpoint Music Festival 2013 Review, the Saturday edition. If would like an overview of what MPMF is read this blog post and then come back to this one.

Here’s the agenda that I started out with.

Here’s what actually went down. Several weeks prior to MPMF weekend, I agreed to volunteer at the Redwood Center in Kentucky from 9am to 1pm. I couldn’t bail on that commitment, so I planted daffodil bulbs all morning. By the time I had cleaned-up and eaten, it was 3pm. I skipped Twin Peaks to see the FotoFocus photography exhibition at the Art Academy and inadvertently caught the end of The Ridges’ set. This was a happy accident. I like The Ridges; I saw them open for The Seedy Seeds sometime back. The environment was intimate and complementary of The Ridges’ sound. Plus, we saw some great photography from Cincinnati music events, many of which I attended.

My first show was Tweens at Washington Park. They sounded solid, but their live performance was unremarkable. I feel like a day show in the huge park was not the best environment for them. I want to see them play in a smaller, dark venue. I think the vibe would suit them considerably more. 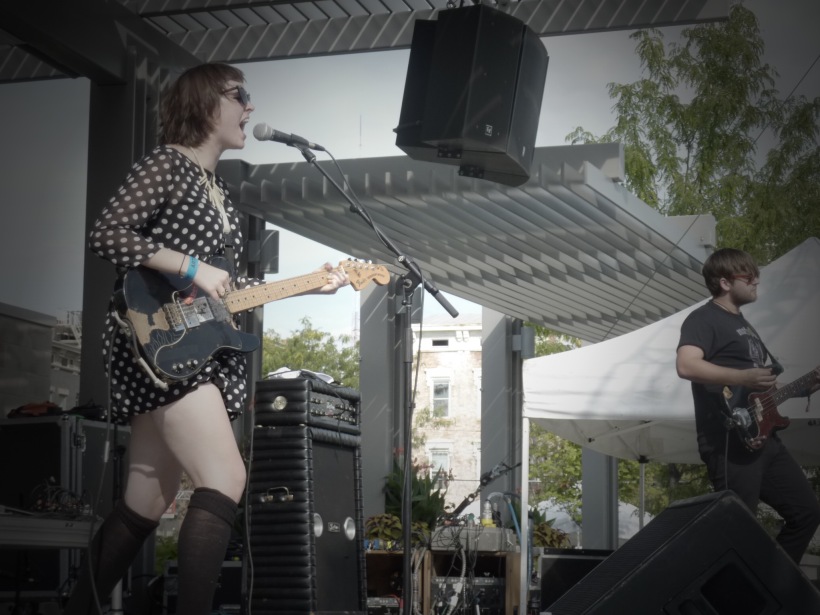 Wussy sounded great. As a bonus, they were hanging around the VIP area along with The Breeders and Tween. Although, I regularly run into Lisa from Wussy, so that isn’t terribly remarkable. Kim and Kelley Deal are regularly found in Cincinnati, so that too isn’t terribly remarkable. There was a bit of a surpise when my friend John spotted the drummer for The National. He was gracious and posed for a picture. Turns out he lives in Cincinnati and is also a Breeders fan.

In celebration of Last Spash’s 20th anniversary, The Breeders played the album cover to cover for this show. It was outstanding. They sounded crisp and sassy. I thought hearing them play “Divine Hammer” would be the highlight of my night. Little did I know my night would have lots more awesome in it. 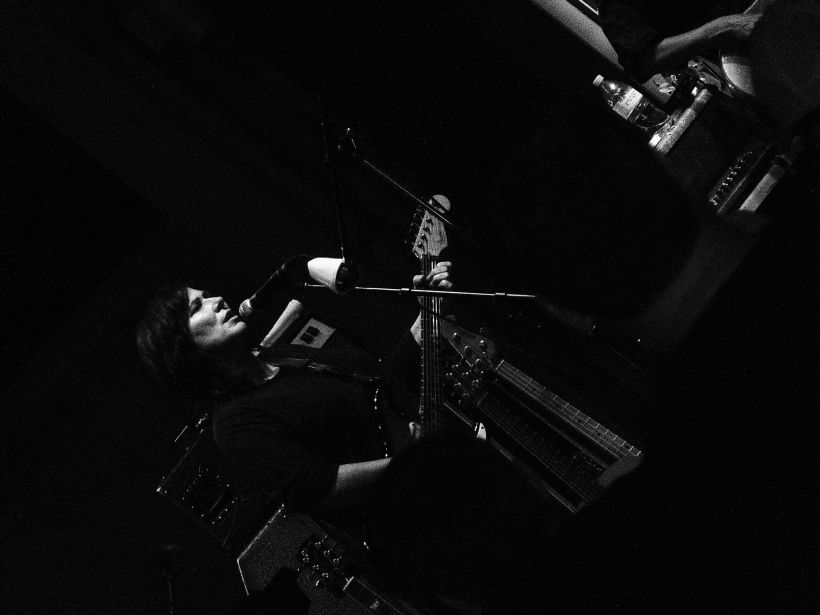 Kim Deal of The Breeders at Washington Park

I headed to Grammer’s for Black Rebel Motorcycle Club. I managed to get really close to the front without too much effort. There is always at least one band at this fest that excels at melting my face-off with rock and roll. BRMC is the undisputed winner. It  felt like the sonic blast from the stage could make paint blister. I found myself uncontrollably screaming at the end of every song. I left that show thinking THAT was going to be the pinnacle of my night. I was still wrong. 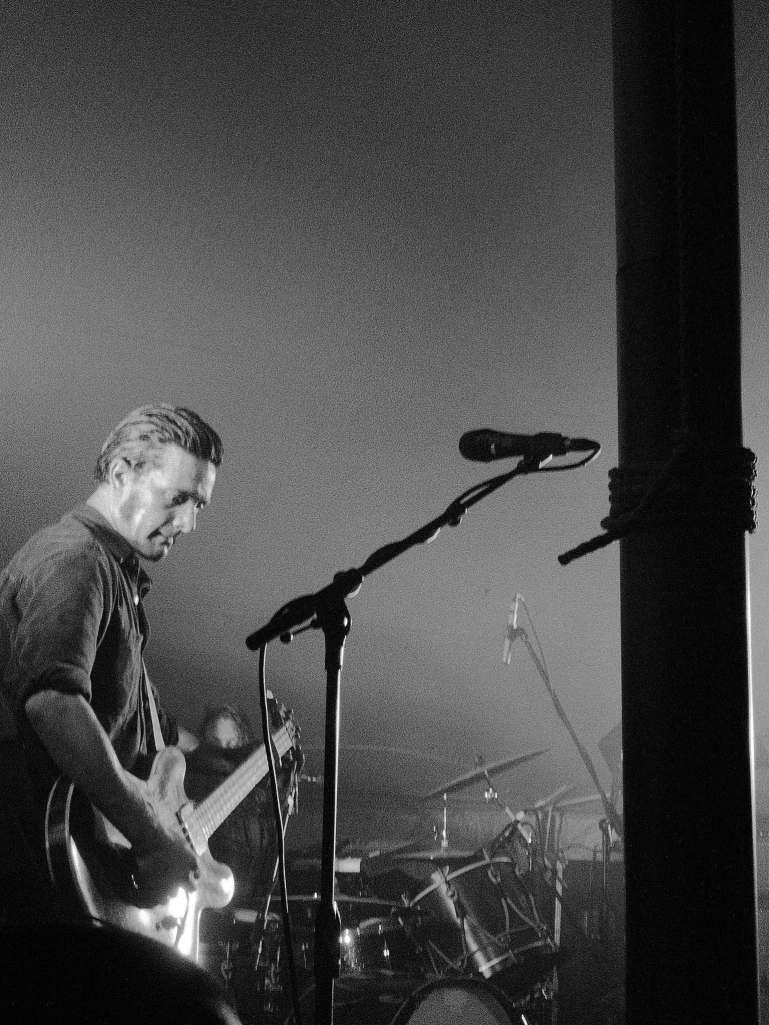 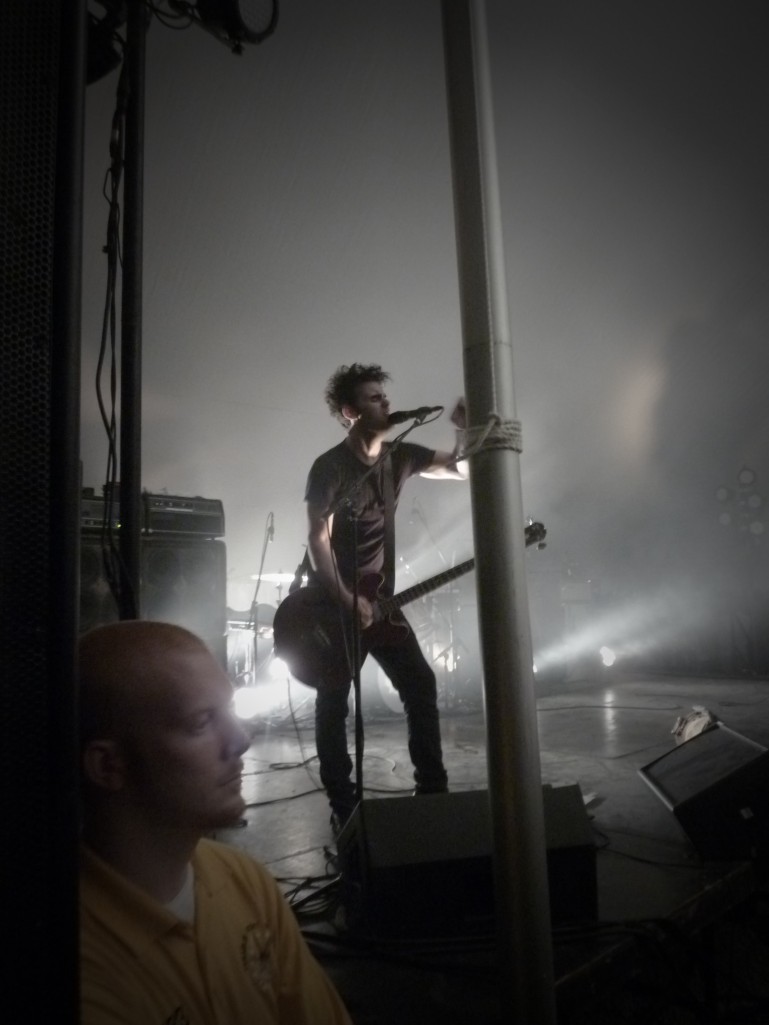 Black Rebel Motorcycle Club… and that security guy who offered to let me into the press area in front of the stage. I didn’t take him up on it because I felt like a douche bag.

I headed to Motr for Wild Cub. Motr was a shitshow of humanity. The bar was so packed I couldn’t understand how people were breathing. I squirmed my way past the bar. All hope was lost for getting a drink. I made it to the patio. I suspect I had a conversation with Brian Baker, the guy who covers Cincinnati’s live music scene for City Beat; we didn’t exchange names. We had a pleasant conversation about the fest. Here’s his review of this night. We heard Wild Cub was starting so both my new friend and I shambled into the stage area. Staying in the building until after Wild Cub started proved to be a mistake. It took me 3 songs to make it to the door to get out. Wild Cub sounded good, but it was really too packed for me to enjoy them. I will be on the look out for them to return.

I headed to The Taft in hopes of catching the last of Bad Veins. Unfortunately, I just missed them. There were concerns that The Taft would be difficult to get into for Daughter, due to the single venue tickets selling out for The Taft that night. I had no problems getting in. Once inside I ran into the guy that was standing next to me at BRMC. We discussed how mind-blowing that show was and the Cincinnati music scene in general. It was fun.

Daughter was the show that I was most excited about that night. When they took the stage, I was surprised about a couple of things. First, Elena Tonra is so very retiring and self-effacing. She tentatively approached the microphone. When she opened her mouth the sound that came out was just as divine as can be found on the albums. Their live show was every bit as nuanced and gorgeous as their album. The audience was entranced. This was the only show of the weekend in which the crowd was nearly silent aside from their rounds of cheering. The Taft was packed by the time the show started. It quickly got uncomfortably hot. Elena remarked on it and said that she needed 10 showers. She immediately blushed and mumbled, “why do I talk”? I think her shyness endeared her to the audience even more than how spectacular they sounded. I left this show gobsmacked. So, this was the pinnacle of my night. 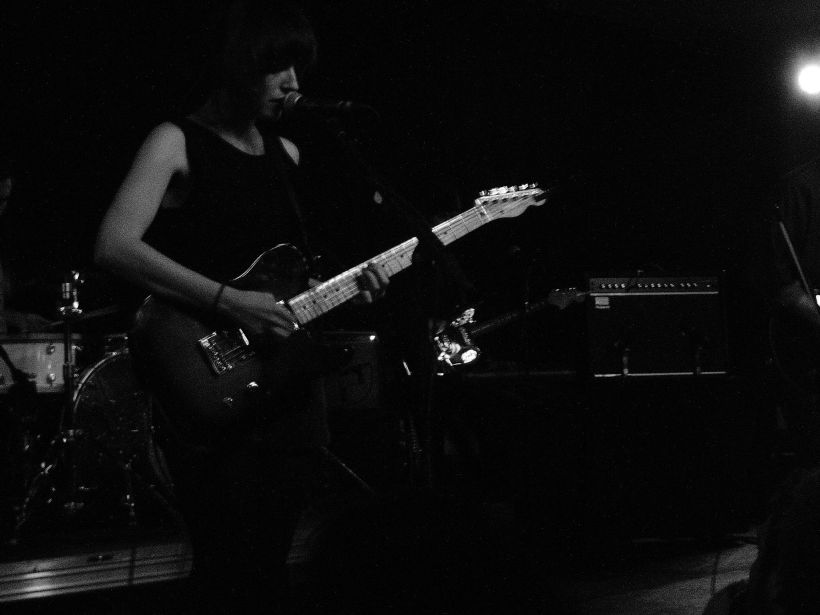 Elena of Daughter at The Taft

I had considered heading to Bare Mutants after the Daughter show, but I felt too exhausted by awesome. I didn’t even know that could happen. Instead I went to Madonna’s for a beer with a couple of my fellow fest-goers. We had all been at the Daughter show and needed to decompress. We all agreed that this fest had been the best in memory. I was thrilled to be headed to my bed for much-needed rest, but I was forlorn that the fest was over.

This fest was blessed with randoms. All of the people that I randomly met were pleasant and great conversations where had. It seems strangely fitting that when I returned to my apartment a group of 18 year-old girls were in the foyer when I walked up. There was an abundance of twittering, but they were contentious enough to hold the door for me to pass through with my bicycle. One of the girls gushed as I passed, “I’m not saying this just because I’m drunk, but I think you’re really beautiful”. The first part of that statement was obviously false, but I decided not to look for the dark cloud in that silver lining and just accepted the unusual scenario as someone sharing a sweet sentiment and simply said thank you.

This was such a great three days. I just feel so grateful for the experience.

One little add on for the Cincinnati natives… I frequent the local music events. I’ve seen Bad Veins at least 10 times now. I always feel like a bad native at MPMF, because I generally pick acts that I haven’t seen over ones that I’ve seen before, even when I love them. I skipped The Seedy Seeds at many MPMFs because I wanted to see something new. Am I alone in this feeling? I suspect that I’m not.