Welcome to my Midpoint Music Festival 2013 Review, the Friday edition. If you missed my last blog regarding MPMF, and would like an overview of what MPMF is read this blog post and then come back to this one.

Here’s what my agenda was at the beginning of the night. I was particularly excited for Youth Lagoon, Murder By Death, and The Head And The Heart.

I turned up to Izzy, but found that that show had been cancelled. They ended up playing at 6:15 at a different venue. They also filled in for The Whiskey Gentry at their 12:30am slot on Saturday at Japp’s Annex. I was bummed about The Whiskey Gentry cancelling. I didn’t end up seeing Izzy at either of those times. I’ve seen Izzy several times; they are good performers. But with so many options, I wanted to see something new, so I skipped them.

American Royalty sounded good, but their performance wasn’t anything worth discussing. I skipped the Black Owls in favor of Youth Lagoon. The Black Owls are excellent, but like Izzy I’ve seen them several times. Plus, they will be playing Northside Tavern in December, and I will see them there.

Youth Lagoon. Words fail me here. I really like their records. I found the vocalist unpleasant live. Both his appearance and singing weren’t what I was expecting. I know full well his appearance shouldn’t matter. The music is the only thing that should matter. But in a live setting what the band looks like is part of the experience. I’m disgusted with myself for feeling this strongly about about his appearance. Even if I set his appearance aside, his warbling was unpleasant, and I suppose this is a good enough reason to pass on any future concerts. I listed to the album again, and I think there were two problems with this show. First, I am certain that Trevor Powers’s voice has so much reverb on it on the albums it takes the shrill edge off his vocals. As an aside, I think I noticed the same problem with Baths’s singer on Thursday. Second, like MGMT at Bunbury, I’m pretty sure the audience really could have been absent and the show wouldn’t have varied in the least. I hate it when artists do this. (I had to look up grammar rules around possessives just now. Writing is hard.)

I saw The Head And The Heart open for The Decemberists. They were stellar then; they were stellar at this festival. They sound great. They are fun performers. According to my less-than-scientific observation, they packed Washington Park more so than any other act in the fest. Since I had seen them before, I had planned on leaving their show for Warpaint after they played “Down in the Valley”. It’s my favorite song on that album. I’m pretty sure the chord progression that’s most attractive to me is used in at least one other song that I know well, and this might explain my immediate attraction to this tune. I’ve been puzzling over where it’s from for weeks. As They wound up their final song, I thought I was out of luck. I was so pleased when they played it as the final song of their encore. 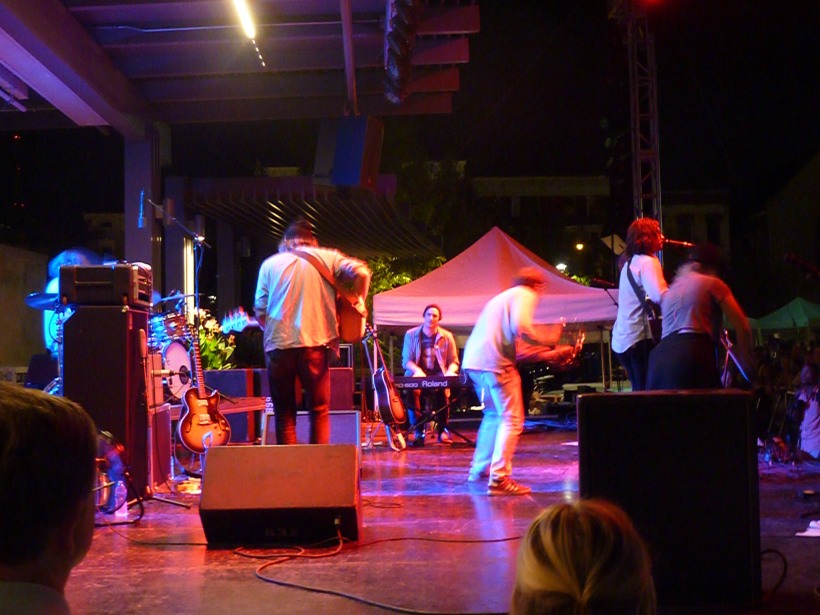 The Head And The Heart at Washington Park. They were very sweet. They said they were excited that it’s still summer in Cincinnati, because it’s apparently already winter in Seattle.

I’ve been seeing live shows for more than 20 years, and this typically gives me a spidey sense of what a band will do live after hearing their record. Some recordings smell like studio creations that don’t fare well live. I suspected as much of Warpaint. I’m please to say I couldn’t have been more wrong. These women sounded excellent. I would absolutely see them again. 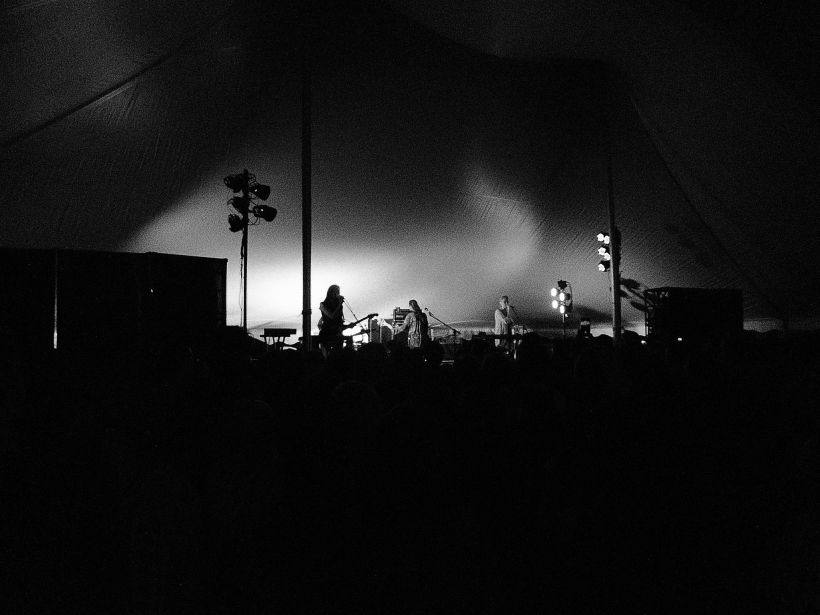 I literally only saw half a song of Saturday Looks Good To Me, as they finished their set just as I arrived. I was a bit mesmerized by Warpaint and couldn’t pull myself away. Since I was already at the Know Theater I went up stairs to check out San Fermin. It was PACKED. Just getting in the door and out of the stairway was difficult, let alone get a glimpse of the stage. What I saw and heard was great. I’m not sure how much 30 seconds of listening is worth. I headed to Kishi Bashi.

The Contemporary Arts Center is an appropriate venue for this fest, but the room that they put the bands in is tiny. I think this venue is a train wreck of humans for at least one show of this fest consistently from year to year. This year’s train wreck of humans happened at Kishi Bashi. There were lines to get in. The venue was full and on a 1 in 1 out policy. Since I am a veteran of this fest, I’ve come to expect this. To say that the line of people waiting to get in were impatient is being kind. Although, in their defense the people working the venue weren’t communicating with the crowd. And if I were a first-timer I probably would have been frustrated too. Murder By Death was on my must see list, so I left the line at the CAC for the Taft; my friends who remained in line, got in about 5 minutes. Not bad. They also reported that Kishi Bashi said he’s returning to Cincinnati this year. Great! I will see him then.

Turns out I made a great decision in leaving the CAC. Murder By Death started early! These guys are from Bloomington IN, so I have no idea why I have missed them until now. They play Cincinnati regularly. First, the sound at the Taft was outstanding all weekend, so Murder By Death was no exception. Second, Murder By Death sounded great and put on a great performance. My friend Amanda summarized their sound in this way: it’s like Soundgarden and Morphine had a hillbilly baby. That sums them up nicely. I’m looking forward to the next time they turn up in Cincinnati. In the meantime, here’s my favorite song of theirs, which they played at the show. 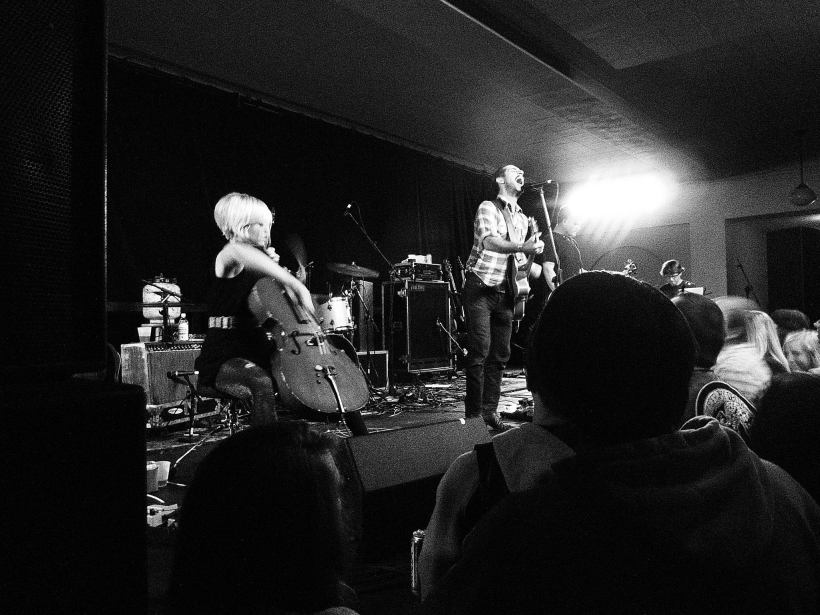 Murder By Death at The Taft

I was excited to find my way home. I was exhausted and very happy with my music experience. It was dawning on me that this years line-up might be the best to date in terms of the quality of the bands booked.