This was my third time seeing Low Cut Connie. They tore through MOTR pub on Friday the 21st in a style that Jerry Lee Lewis would appreciate. They’ve revived a retro rock and roll sound with all the stage energy to deliver it in a brain sizzling wallop. The best way for me to convey the energy of this show would be to describe one of the audience members behavior there. A middle aged man took a shot, mysteriously lost his coat, equally mysteriously gained a Domo toque, and then held the toque aloft as though enticing the audience to engage in battle on behalf of Domo. Here’s a few shots.

The piano was really well tuned. I don’t know how your roll a piano over the Midwest’s pothole riddled highways and keep a piano in tune. 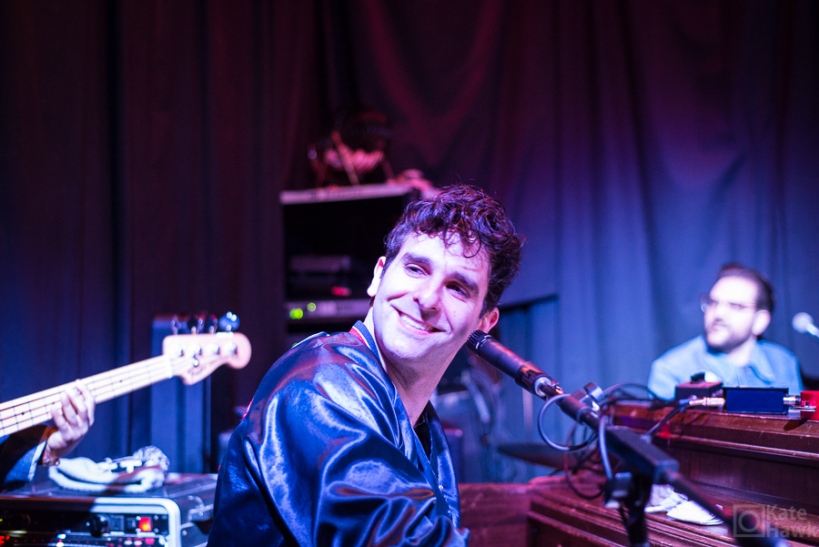 His very shiny jacket said nads on the back. 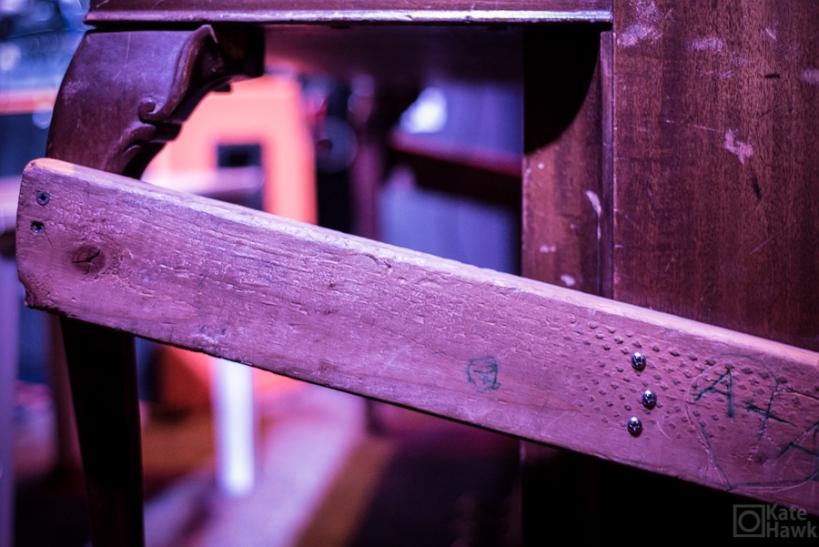 This piano seems to be equipped for rough treatment.

The only problem with Low Cut Connie’s show was that it was a little short. More! More indie rock!