I packed as many of my belongings in my Mazda 2 as possible. I drove from Cincinnati to Seattle. There’s a whole other blog that will happen one day explaining how I came to be shoving all my belongings in my subcompact car with a cat named Henry and driving 2000 miles. Until that happens this will have to do.

I got a late start on Friday morning. Partially, because I had a late night on Thursday. Starting the trip with a sleep deficit seemed less appealing than making the time that I wanted to. I rolled out of Cincinnati at 11 AM. With this poor little guy. 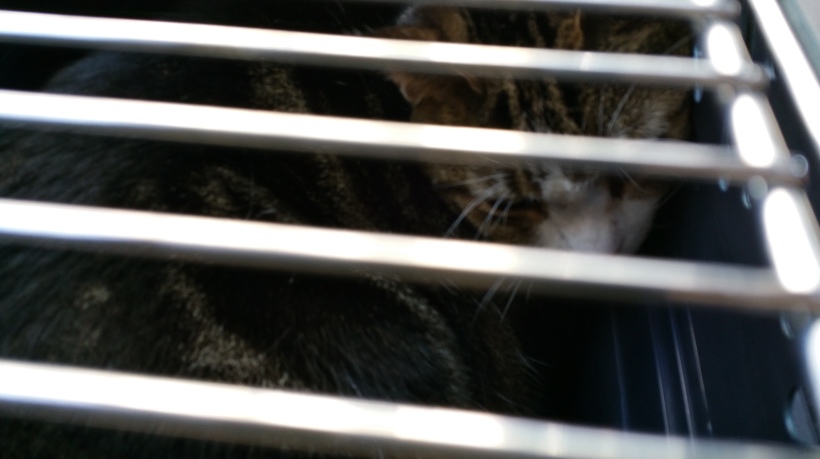 Henry was not impressed with this adventure. To him this was much like his “adventures” to the vet, but of a significantly longer duration.

Henry didn’t start out as my cat but became mine. I can’t help but think that at this moment, he was really regretting where he ended up. I had a small litter box in the car for him. I let him out of the crate to use it when I would stop for gas. Turns out he can’t even with the bodily functions while in the car. He didn’t eat/drink/pee/poo in the car. I was at once worried and relieved when I noticed this pattern.

Henry was a surprisingly good travel companion, except that he would cry when the sun went down. I am afraid that I only noticed this pattern at the end of day two. I was hoping to get through Minnesota on my first day, but at 9 pm Henry had been serenading me for some time. I was done.

I found a Quality Inn in Mason City Iowa. I was perfectly happy to pay the ridiculous $120 dollars to stay there. Henry was beyond pleased to get out of the crate in the hotel room. Everything was uneventful except for one thing. 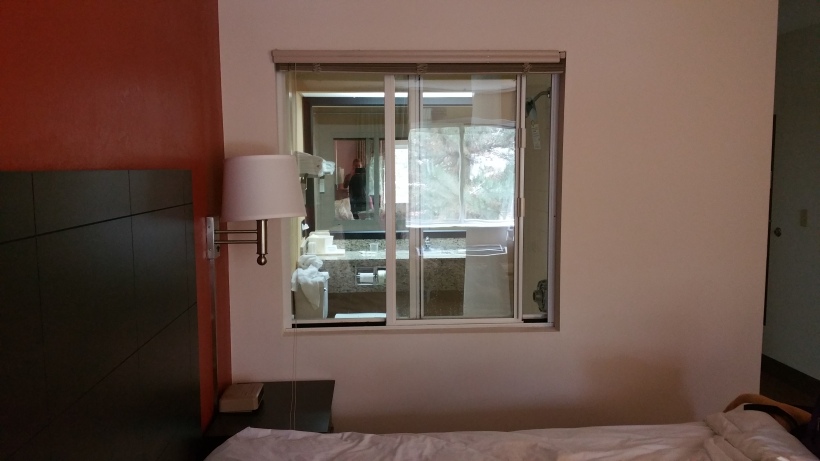 What is the purpose of that? 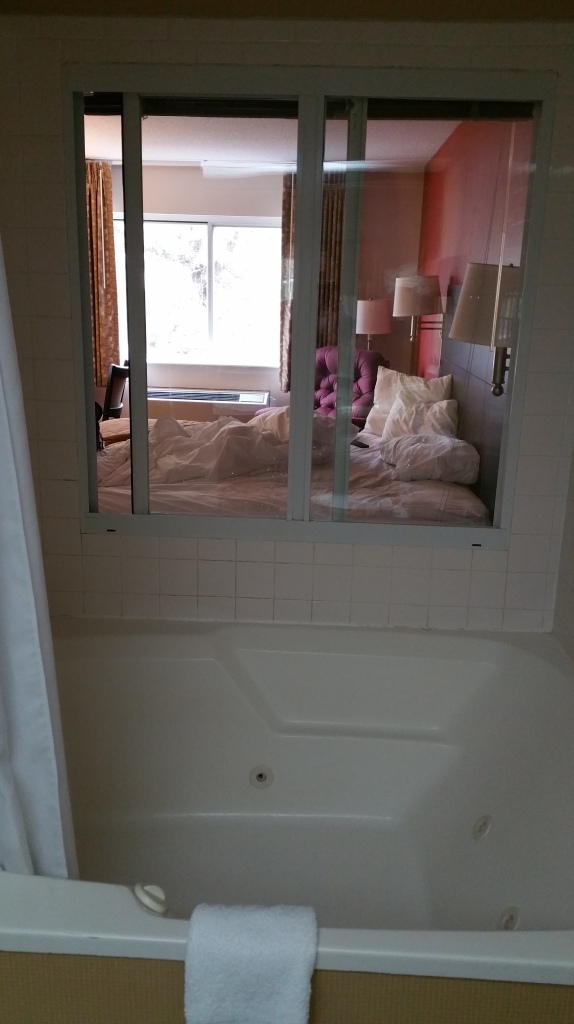 Seriously? What is the purpose of that?

Who needs a window in their shower? How did this happen? Is this a really poor attempt at a sexy clouded glass shower? But honestly, at this point I was so tired that I give this no thought whatsoever and fell into bed.