Old buildings tell me stories. Businesses that appear to have their golden years behind them bring me a narrative of dreams ramming into cold reality. That’s how I noticed Yum Yum.

Yum Yum, on the inside.

When I moved to Cincinnati in 1994, Vine street was still one-way through Over The Rhine (OTR). The route to downtown from Clifton was typically down Vine until McMicken, where Vine turned one way, and then over to Race for the remainder of the trip. OTR was considerably more grimy then. Plus, I was considerably more green. I was fresh from my very white childhood, very white, affluent suburbs, and very conservative rearing. My first drive down Race left me gaping and frantically trying to process the prostitute that flashed us in the cross-walk at 12th and Race. 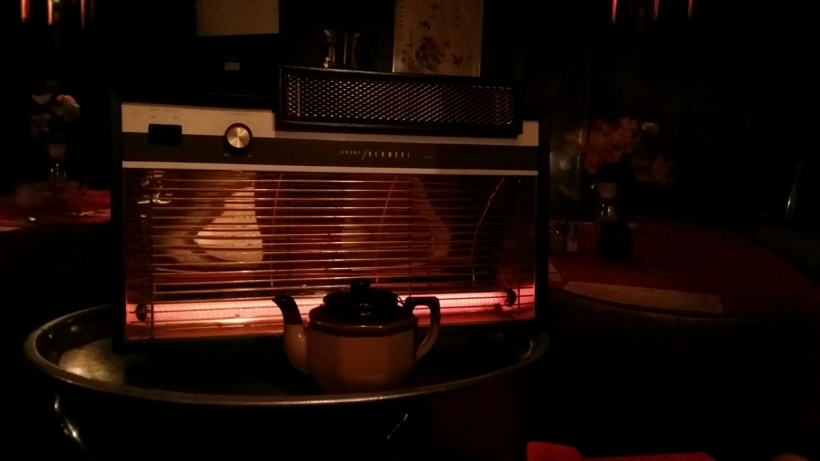 Over the years, many things changed. I came out. I came to value diversity. I lived in OTR and Prospect Hill. I grew to understand the dynamics in OTR and loved it for all its grime. I had a front row seat to the changes in the last decade. I lived in OTR when 3CDC started purchasing their first collection of buildings on Vine.

Somehow, the 900 block of Race Street has changed little across the years. Because the exterior of Yum Yum has shown no changes aside from the steady decay of time, I assumed for many years that the business had long been closed. Then I heard rumors.

I heard stories of friends of friends who had been there … recently. Details started to emerge. They only take cash. It’s run by an old Asian couple. The business is only open on select evenings. With rumors swirling, I scrutinized the shop with more determination.

After closing down a bar in Covington, I found myself ordering goetta and eggs at The Anchor Grille at 2am. One of the patrons casually mentioned that he had worked at The Pink Pyramid. Serendipity. I struggled to contain my enthusiasm, when I asked if he had ever eaten at Yum Yum.

“Oh, yeah, it’s great. They are such nice people.”
“Do you know when it’s open?”
“Seems like, they open when they feel like it. Thursdays, Fridays and Saturdays are the best bet.”
“Only the evenings?”
“Yeah. Oh, they only take cash. And sometimes, you will need to knock on the door, if it’s locked.”

Cincinnati secrets! I was determined to go. It happened that my canning partner was also obsessed with this place. We set at date for Saturday night.

As I approached on my bike, I thought we would be disappointed. She was standing outside. As I locked up, she said it appeared to be closed.

“I think this might be them.”
“You mean the ancient Asian couple struggling to get the Kroger bags out of the back of that late-model BMW?”
“Yes. They were giving me the stink-eye when they pulled up for loitering outside the door.”
“Great, let’s wait for this to play out.”

As they approached, the gentleman ejaculated, “We’re late today!” We helped them in the door and said we were happy to wait while they set-up. When we hit the door, I struggled to maintain a conversation while I stared at the interior of Yum Yum. It was a mash-up of Barney Miller’s set, a 50’s diner complete with stools and a counter, and Chong Inc,. (Chong Inc. is in the 700 block of Race. It is weird and wonderful. Go before it gets turned into an expensive hotel.)

After I stared at the strange menagerie of 80’s tech products in the dusty glass display case to the left of the door and Ali and I struggled to maintain conversation that neither of us were actually engaging in, the old man asked to take us to our table. As we walked toward the back of the building we passed through a hall papered with Yum Yum diners taken in the late 70’s. The polyester suits, and excessive side-burns whispered from a past Cincinnati.

It dawned on me, we had stepped into a live time capsule from the 70’s as we hit the dining rooms. The dining room was crammed with flotsam and jetsam that appeared to have accumulated from 1970-1980. The drop ceilings were complete with recessed fluorescent lights filtered through colored, patterned plastic. The wood paneling, brought me back to the split-level and ranch style homes that provided the setting for most of my childhood memories.

The recessed lighting was off in favor of some strategically placed lamps. The food was unexceptional except for a few things. The duck sauce was delicious and clearly made there; Ali said she would bathe in it. The egg rolls, wantons, and sweet and sour soup were hand-made there and outstanding. The entrees were unremarkable.

The food could have been bad, and considerably more expensive, and I would still suggest it just for the thrill of getting inside the building. Seriously, I felt like I was 8 years old again. It’s worth a visit for the time capsule experience alone.

Because we had the suspicion that the health department hasn’t visited Yum Yum since 1978, we decided that we best follow that meal with some booze. I’ve noticed a bar at the south corner of the 900 block of Race. Because this place doesn’t have a sign, I was fascinated with it. This seemed like the most appropriate place to finished our experience with Yum Yum. Two things became abundantly clear when we walked into The Brittany Annex, gay men frequent the bar, and hence how the establishment survives with no sign.

The patrons and the bartender were very friendly. They all greeted us when we walked in. The prices were moderate. We enjoyed a few Beams while supporting a running commentary of the poor choices of current music video directors. We had great conversations while simultaneously using alcohol to inoculate our digestive tracts from Yum Yum.

The Brittany Annex was a perfect finish to our Yum Yum experience. We survived Yum Yum with no poor digestive tract outcomes. We will go back to Yum Yum just to experience the time capsule. Secret Cincinnati and Yum Yum will go away. The internet coupled with downtown’s revival will ensure that neither of these things survive for much longer. I will enjoy them for the moments we have them. 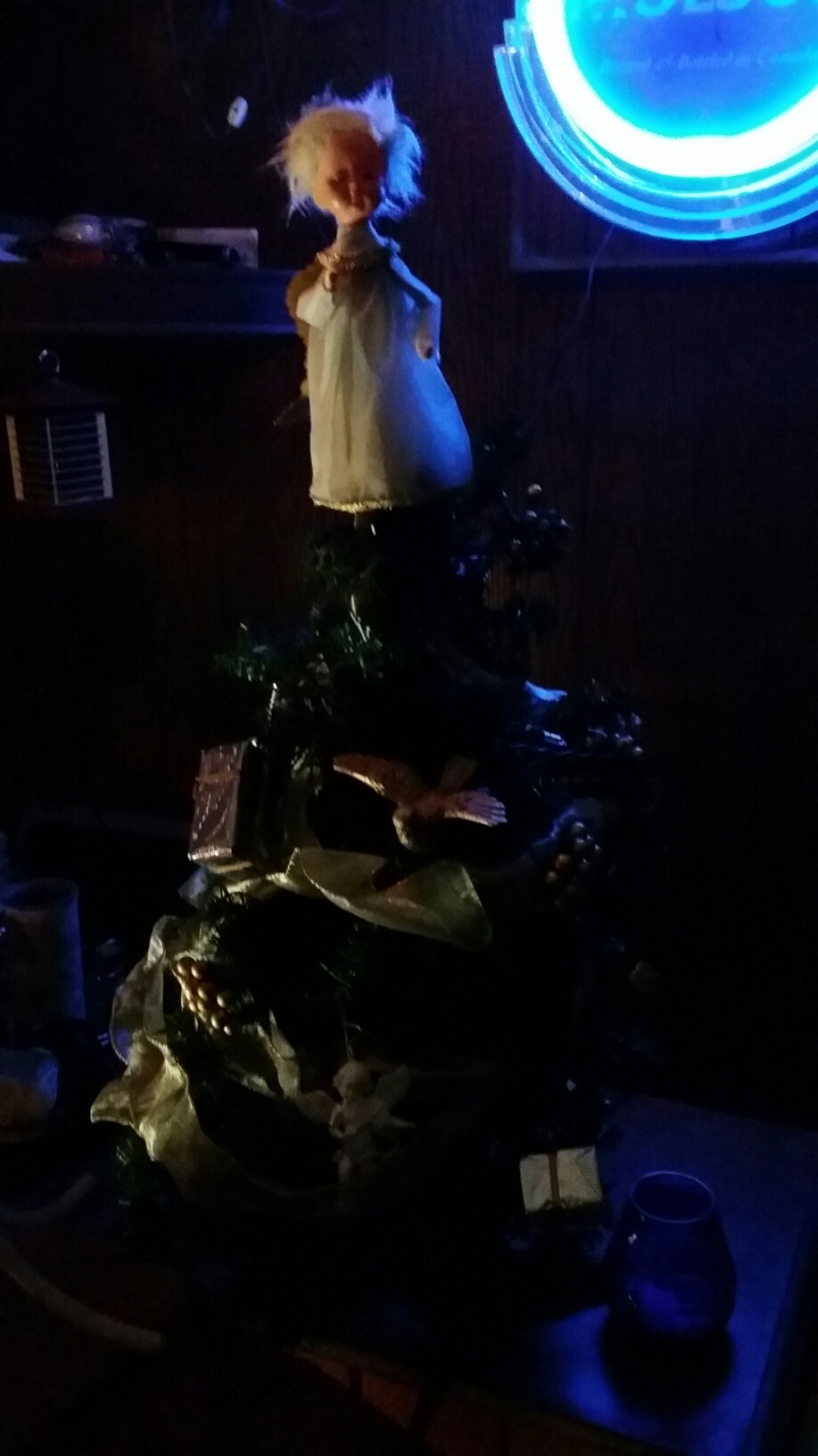