Sunday at Bunbury started sideways. The skies opened up in the middle of Brick + Mortar’s set, which was also the first act of the day. They said that they would pick-up after the rain let up. After some time spent in the VIP tent throwing back a couple of beers, music resumed. The delay was probably about and hour and fifteen minutes. I was expecting them to just start where they were in the original schedule, but instead they issued a new schedule ensuring that all the bands that were booked that day would in fact play.

The main victim of this new schedule was Young the Giant. I had originally planned on seeing them, but after the reschedule, I couldn’t get across the park to hear more than one and a half songs from them. I feel happy that one of the songs happened to be “My Body”.

The first band up after the reschedule was The Lighthouse and the Whaler. They sounded good, but I was distracted by the threatening sky and my need to keep my very expensive camera gear from getting soaked. I wanted to stay for more than three songs, but the rain chased me away.

I trotted back to the VIP tent to see a short performance by The Kopecky Family Band. It was covered, so that was the only location to retreat to. They sounded great. They were really engaged with the people in the audience. They wanted to do an acoustic song in the center of the tent with everyone crowded around them, but they got shot down by the sound guys. I’m a little bummed that didn’t happen, but I think they were concerned that the music was starting on the main stage.

I checked out ZZ Ward at The Main Stage. Her backing band is pretty spectacular. Her vocals were great. But her music felt wrong for a festival. I want to see her in a dark club. If she comes back to The Madison Theater, or The Southgate House revival, I would gladly see her again.

I checked out The Kopecky Family Band at The River Stage. Man, they are just really great. There was a trombone war. There was some dancing. If they come around Cincinnati again, I will be going to see them. This was my favorite performance of the day.

I saw a bit of Robert DeLong. I like his music. I’m not so fond of watching one or two dudes with a bunch of technology. Robert DeLong does a great job of trying to make that entertaining, but it’s just not my thing. I saw Baths at Midpoint Music Festival last fall, and had a similar experience. It was two dudes with technology. I loved the record, but I didn’t enjoy the concert experience.

I headed off to The Warsteiner Stage for Bear Hands. Their stage presence wasn’t anything special. But they sounded fantastic. I had an excellent conversation with Alex, someone who works on Midpoint Music Festival. I’ve talked about that fest, here, here, and here. It’s the best music festival in the city. It’s an adventure in exploring downtown, and an adventure in seeing new music. I love the way downtown hums with bicycles and music fanatics. We talked about the fest for a bit, and it was super cool to hear about how it’s managed.

After hearing just a bit of Young the Giant, I headed to Holy Ghost! at The River Stage. I was pretty excited about an 80’s throwback dance party. Can that’s what happened. There was a conga line. Then the audience made of their own line dance, and coordinated everyone up front to dance together. The band sounded just like the recording. Their stage presence was ok, but the audience participation made it a really fun show.

Last up was The Flaming Lips on The Main Stage. Spectacle is a good word for their show. It was very visually stimulating. They sounded good, and provided plenty of entertainment. The thing that really struck me about them was how much fun Wayne Coyne seemed to be having. Playing on that stage seemed to be the only thing he wanted to be doing at that moment in this world. It made for such a great concert experience. Oh, and yeah, he got in his hamster ball and rolled/walked around the crowd.

Sometime in the next week, I will post another blog where I talk about my VIP experience and me experience with a media pass. I will also reflect on the experience as a whole. What I can say now is that in spite of my exhaustion, I was so bummed it was over.

The Flaming Lips on stage.

The Lighthouse and the Whaler

The Lighthouse and the Whaler

The VIP stage. This is where all the VIP performances took place. 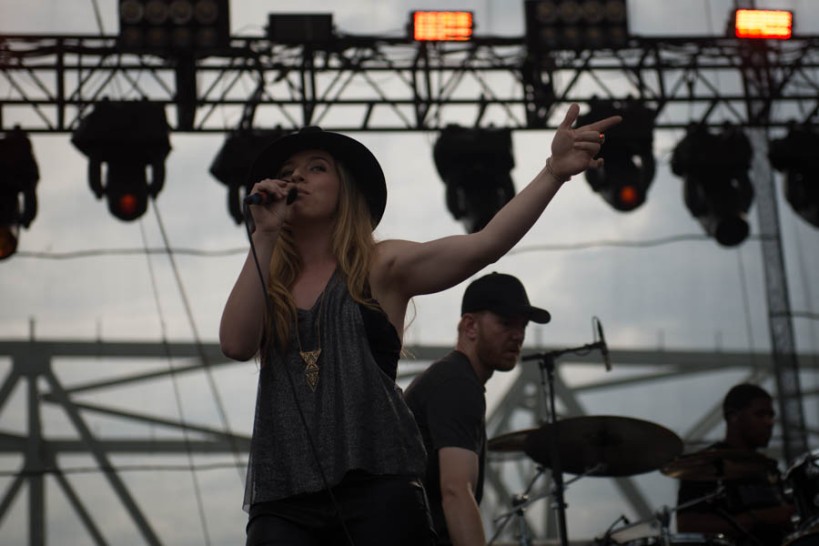 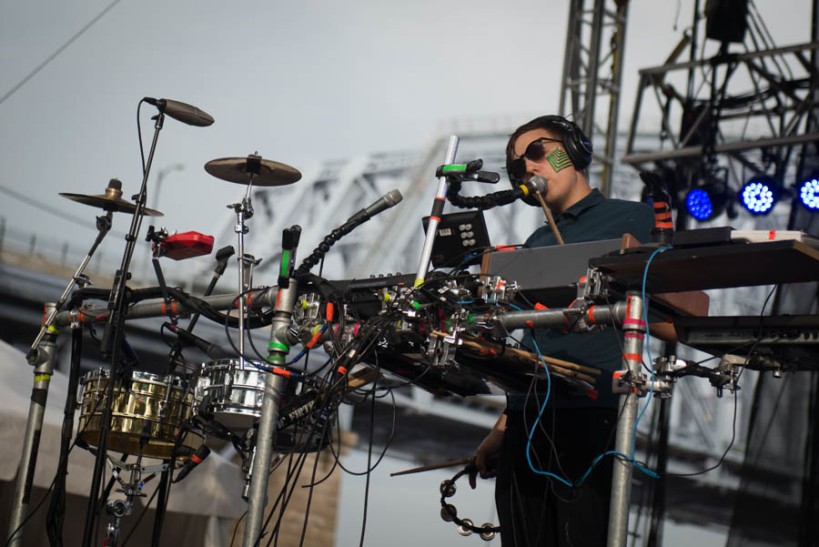 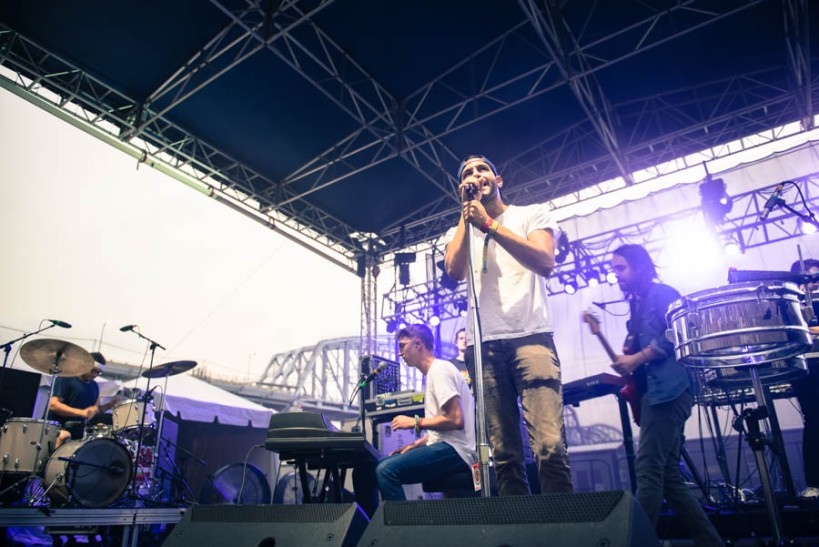 That’s a woman dressed as a mountain. There were a couple of mushrooms and a rainbow on the stage too.

Wayne Coyne of The Flaming Lips. You may ask yourself if he’s wearing a body suit. Why yes, he is.

One thought on “Bunbury 2014: The Day I Learn Why Music Fests Are Three Days”